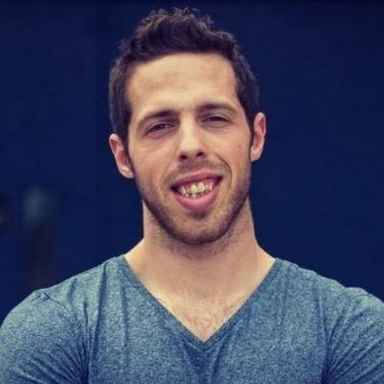 “Whether you are preparing for the Olympics or need to find a way to perform better for an early morning JV practice, I want to assist you in becoming the best version of yourself by taking care of everything that relates to nutrition and fueling for performance. My goal is to give you all the necessary tools to get that extra 1% to take your game to another level and have you only focus on showing up to perform at your workouts and games.”

From Valcourt, Quebec, Canada, Carl’s journey to sports nutrition has been a crazy ride. Growing up playing hockey, Carl’s love for hockey brought him all over the world, with stops in various Canadian provinces, on top of France, the United States, and New Zealand. He also picked up rugby in high school, which he still tries to convince people he enjoys being on the pitch as much as he likes being on the ice. After graduating from the University of Wisconsin-Stout with bachelors in health, Wellness and Fitness and Dietetics and coaching and business minors, “Bomber” continued his schoolwork at the University of Utah after enrolling for the university’s coordinated master’s program in Sports Nutrition. On top of suiting up for the U’s club hockey team, Carl had the opportunity to work with football, men’s and women’s tennis on top of women’s soccer varsity teams. He also volunteered at athletics’ fueling stations during his 2 years in the program.

Shortly after graduating, Carl had the chance to oversee a hockey training facility in Salt Lake City, where he was the strength training coordinator for the Utah Outliers (WSHL), on top of helping out with the Salt Lake City Bees, AAA MiLB affiliate team of the Anaheim Angels. For the 2017 season, Bomber had the chance to work with the Oakland Raiders as a sports nutrition intern, while helping at the University of California-Berkeley under the same role. In early 2018, Carl took a position in New Zealand as a high-performance director for the Dunedin Thunder of the New Zealand Ice Hockey League. While playing for the men’s team, Carl was also the youth hockey coordinator and helped grow the game of hockey not only in Dunedin but throughout the South Island. He also got to participate in a few rugby matches for the Dunedin Shark’ Prems 2 team during his stint in New Zealand. After 6 months of hockey, rugby, and sports nutrition contract work with a variety of sports clubs, it was time to head back to North America.

After a short stint at Clemson University as a sports nutrition intern, Carl had the opportunity to move to Lubbock and work as a football sports dietitian assistant. After finishing up spring ball with the football team in 2019, Carl made the switch to men’s and women’s basketball where he is still assigned. Carl is also the founder/owner of Bomber Training & Nutrition, where he currently works with a variety of clients from pros to anyone willing to become a better version of themselves. Bomber prides himself in wanting to offer a tailored approach to his athletes and being able to use his extensive background in nutritional guidance/performance training to help them perform at their optimal level and maximize the longevity of their careers. Through his company, he is also currently working on putting together high-performance camps in Canada.

Schedule a 15 Minute Consultation with Carl

What others are saying about Carl....

“I'm very satisfied about the service I had, I know working with Carl, I wouldn't have to worry about my nutrition anymore and that would allow me to be 100% focus on my workout”

“I started working with Carl about 2 months from now and i can see a big difference. I called him to take weight, improve my diet and to have energy throughout the day, to allow me to punch in hockey and thats happening right now. I highly recommend you this guy, he's working hard and he is there to answer to your questions. Thanks for everything!”

Choose Carl as Your Sports Dietitian

Carl as your Nutrition Monitor