Allison is a Registered Dietitian Nutritionist (RDN, licensed in Illinois) and Board-Certified Specialist in Sports Dietetics (CSSD) who helps runners - including short, medium, long and ultra distances, as well as weekend warriors and those running for 'life' - improve their nutrition to support their workouts and achieve peak performance - whether that's on the track, trails, treadmill or roads.

She worked as a dietitian for over 14 years in the clinical, community, communications, public relations and the food/beverage industry arenas. She eventually realized that she needed to follow her passion: to help runners learn the vital role nutrition plays in not only achieving but smashing their personal records/bests. As a runner herself (Allison has completed 18 marathons, countless other race distances and is almost always training for her next), she has learned first hand the vital role nutrition plays in getting the most out of her training and she takes that personal experience and applies it to the clients she works with so that they see results for themselves.

Schedule a 15 Minute Consultation with Allison

What others are saying about Allison.... 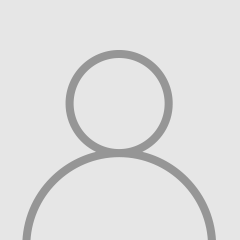 ““I’ve worked with Allison for almost five years now and she just gets it. Allison is a busy real world athlete helping other busy real world athletes train hard and fuel right. I’ve learned from Allison in so many ways (grocery store tours, group Q&A sessions, deep one-on-one discussions) and while Allison has deep knowledge on optimal fueling for athletes, she has a great feel for educating athletes on how to fuel best amongst life’s busy periods. Best of all - Allison is kind and incredibly easy to work with!” ”

“This is a fantastic recommendation!”

“This is a fantastic recommendation!”

Choose Allison as Your Sports Dietitian

Allison as your Nutrition Monitor